The Best Way to Cut Brownies

Brownies are delicious and can be enjoyed as a snack and as dessert. You can also enjoy brownies by yourself or with others. Enjoying brownies with others can be a problem though if you'll be the one baking them.

This is because you'll be expected to deliver brownies that won't only taste good but look good as well. Making brownies that taste good isn't a problem though, making them look good is and this is mostly due to the fact that we don't cut them properly. 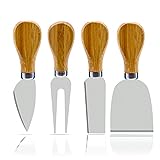 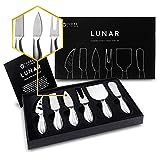 1. Brownies don't only taste great, they smell divine too. That means we may find it difficult to let them cool down properly and hot brownies crumble when cut. If you want your brownies to get cut properly, you'll have to leave the uncut brownie in the pan overnight. Also, make sure that you don't leave it near any heat source.

2. If you don't have time to let your uncut brownie cool overnight, you’ll have to let it cool for three hours.

3. Instead of pouring your batter over parchment paper or an oiled pan, spread some tin foil inside the pan. Make sure that your tin foil covers the pan’s edges too, even if you won't be making thick brownies.

Unfortunately, the best way to cut brownies can be a little painful because an unsliced brownie gets hard when it's properly cooled. Another downside is that you won't be able to cut it correctly if it's inside the pan due to its hardness.

This means you'll have to peel back the tin foil from the pan’s edges, carefully remove the brownie and place it on a cutting board. Now, you'll need a long, sturdy and sharp knife with smooth edges.

Place the knife halfway through the length of the brownie and across its breadth. Press down the knife’s tip just over its edge so that it's positioned like an office guillotine and cut in one firm motion.

Repeat this twice so that you have four roughly equal pieces that you can further divide.

Cut your brownies, with precision

The previous method is okay if you want to enjoy your brownies with friends. However, if you will be making brownies for a larger and stranger audience, you will want to make sure that every piece is perfect.

The best way to cut brownies to perfection will require you to measure the perimeter of the brownie. The size of your uncut brownie will determine the number of brownies you'll end up having, depending on the thickness you desire.

Now, this is how you would cut your brownie if it was 10 inches by 6 inches. Assuming that you want 2 by 2-inch brownies. All you'd have to do is use that smooth knife and ruler to measure and mark every 2-inch interval. Then you'd have to use your ruler to make indentations on the brownie to connect parallel markings.

You will use these indentations as guides when you're cutting. Also, don't forget that the best way to cut brownies is dividing them at their halfway marks.

Not allowing your uncut brownies to cool properly will increase their chances of crumbling when they get cut. However, their not cooling enough has its upsides, the first one being that they're easier to cut since they're soft. The other is that some people like their brownies with a gooey texture.

Gooey brownies are delicious but cutting them can be a nightmare because they'll stick to your knife. The best way to cut brownies that are gooey is with plastic knives. Plastic knives also make it easier for you to cut your brownies without taking them out of the pan.

If you don't have access to plastic knives, a regular sharp serrated knife will be okay. If you are using a knife with a metal blade, however, you'll need to keep a bowl of warm water close by.

You will use this water to get rid of any brownie residue that your knife will be left with after each cut. Depending on how you made your brownies, you may need this water for the plastic knife too.

The best way to cut brownies that aren't chilled properly

Out of the pan

If you don't want to cut your brownies inside the pan, this is what you should do. Carefully lift the uncut brownie out of the pan using the tin foil and place it on your cutting board. Now, you're going to cut your brownie into 4 quarters, as mentioned previously.

The only thing that you won't do now is using your knife as an office guillotine. For this, you'll have to place the knife on the side of the brownie that's facing away from you.

You'll now have to cut it in half using the serrated/plastic knife as you would a saw. Continue cutting the brownies further into quarters and eighths or until you have your desired number of brownies.

If you would like to cut your brownies to specific sizes, you can just use this method with the already discussed ruler technique.

Also, if you'll be using a serrated knife, you'll have to wipe your knife with warm water before you cut. Using it cold will cause chunks of the brownie to stick to it and that won't make your brownies look good.​

Cutting your brownies in the pan will make the whole process easier because the pan will be holding them in place. This will decrease your chances of getting uneven pieces too because the brownies won't have enough space to move around and get mangled.

The problem, though, will be removing them from the pan. If you would try to lift precut brownies from using the tin foil, they'll all move towards the middle and thus squash each other.

In this situation, the best way forward would be removing the brownies individually, starting with the ones at the sides.