Reblochon cheese is one of the most popular delights in French cuisine. It’s an unpasteurized cow's milk cheese with a yellow washed-rind having a delicate flavor and creamy texture.

Reblochon becomes bitter once it overripens. The cheese goes well with fruity Cabernet or with Savoie wine and can be served with fresh pear slices.

First crafted in 1958 on the French lands of massed de Arvis of Haute Savio, Reblochon cheese is prepared under strict rules and procedures.

For its amazing taste, this cheese was awarded the Bronze medal during the 2014 World Cheese Awards. So, why is Reblochon cheese so important and what substitute can you use if you don’t have or like it. 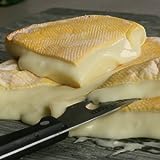 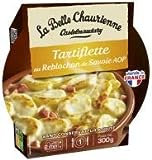 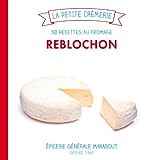 The processing of Reblochon cheese gives it the nutritional value and fine features it’s known for. As mentioned before, Reblochon is made from a full cream of unpasteurized milk.

Once the cheese is ready, it’s lightly pressed and left uncooked. Three different breeds of cow provide the mixture of milk used in making this cheese. The breeds are montbeliade, tarine, and abondance.

The cheese-making process gives Reblochon a distinctive and rich taste. Initially, most farmers stored this mix of milk in a cellar for days to make it rich enough for cheese making. The same technique is still used in preparing the cheese today.

However, the rich mix of milk is placed in specialized cellar or factory storage. This ends up giving the cheese a cellar-like smell. Cheese processed like this have a herbal aroma with a nutty taste.

Reblochon cheese stands out from other types of cheese because of its distinctive appearance. This type of cheese has a yellow-orange appearance with a velvety fine rind. The time of maturation of the cheese discs will determine the color of the Reblochon.

Farmhouse made cheese have a light beige color on their crust and taste like butter. Generally, Reblochon has a strong flavor of nuts with a slightly fruity taste. Reblochon cheese pairs well with Savoie wine or a fruity Cabernet.

Milk is a great source of calcium. Cheese is also a good source of calcium since it’s processed from milk. However, cheese offers more of this nutrient because it has more concentrated calcium. For every ounce of cheese, there are about 200 milligrams of calcium.

Cheese also contains proteins and other essential nutrients like vitamins A, B12, and K2, sodium phosphorus and riboflavin. These nutrients are vital in maintaining the body’s internal balance keeping it healthy and nourished.

Moreover, cheese also contains probiotics which are friendly bacteria for the gut’s health. Reblochon cheese contains a significant amount of probiotics since they’re actively used in the cheese-making process.

The best substitutes for Reblochon cheese

Uncooked Reblochon cheese may not be readily available in several countries including the U.S. due to health laws. Luckily, there’s a wide variety of cheese available. If you’re looking for a substitute for Reblochon cheese, the following are some of the best options available.

This type of cheese was first produced in the town of Gruyeres after which it’s named. It’s originally from Bern, Switzerland and resembles French cheese. It shares many similarities with Reblochon since it has a nutty taste, its appearance is creamy-velvety, and as it ages its flavor changes. This type of cheese is commonly used in French soups, cheese sandwiches.

This is a semi-soft rind cheese that has a similar nutty taste characteristic of Reblochon cheese. It’s originally from Val D’Aosta Italy and is allowed to age for a longer time. This gives it an irregular shape, a pungent aroma, and a dark brown appearance. The best Fontina cheese has an orangish-brown rind.

This cheese gets its name from the Port Du Salut region of France. It’s a special type of cheese made from skimmed milk. The sufficient curing time and washing of the rind help to enhance this cheese. The modification of the cheese-making process has given it different forms and texture and made it lose its original taste. However, this has made it similar to Reblochon cheese.

This Italian cheese traces its origins to the alpine valley of Val Taleggio. It’s semi-soft, smear-ripened, and washed rind cheese making it quite similar in characteristics to the Reblochon cheese. Its mild fruity taste makes it as delicious as the Reblochon. The strong aroma and thin crust make the Taleggio the best Reblochon substitute.

Raclette cheese is often used in various Swiss and French recipes. This cheese is made from semi-hard milk that’s processed and packed into a 13-pound cheese wheel. Raclette cheese gets its name from the word racler which means “to scrape off”. The cheese is scraped over a freshly cooked meal after it’s melted from the top.